Home   What to see   Leisure and culture

Fene is a rich town council in archeological remains, though many of them were destroyed or affected by constructions and other activities; so they are of fundamental interest for experts. Nonetheless, anyone interested in having a look at these egalithic remains, can visit “As Mámoas do Campo da Arca” in Barallobre and “O Monte de Marraxón”, in Sillobre where in addition, it is possible to enjoy a magnificent landscape which includes the lowlands of the town council, the estuary of Ferrol and the rest of Ferrolterra’s region. Near the “Mámoas of Marraxón” coinciding with the highest point of the town council, “O Couto do Rei” (356 m), is the petroglyph of Marraxón and not very far “A Pena do Picoto”, a set of stones with inscriptions.

In the limit of Fene’s town council and Cabanas is the “Marco de San Lorenzo”, a megalith of 50 cm high placed in the former chapel of the saint and it is thought that it has curative powers. The intense human occupation of the town council is demonstrated from the remains of several ancient celtic settlements that existed, but some of them were destroyed and others remain buried.  They are the following ones: Castro da Orra (Sillobre), As Pías (Fene), Cardoeiro (Perlío), Pena do Castro (Barallobre), Prismos (Limodre), As Escadas (Maniños) and As Modias (Magalofes).

A place that you must visit is the area on the banks of the estuary in Sillobre. There, it is possible to enter in direct contact with history and the living nature, enjoying the crystal clear waters and the forest of the river Belelle, and the so called “Ponte das Ribeiras” (Ribeiras’s Bridge) which probably belonged to the Middle Ages forming a beautiful set with a water mill, a laundry and a small dam.

It is also possible to do a route around the town council to admire the baroque parochial churches, which continue preserving in their main facade some of the characteristics of this art.

At the end of first half of the 20th Century, San Xose’s church was built in Limodre, being of Neogothic Style and preserving some details with a deep character which makes the building a clearer sample of the style of the town council In the atrium of the churches, in chapels, graveyards and some crossroads remain many of existing stone crossing in the town council and that are a sample of the most popular religious traditional iconography of Galicia.

Passing along “La carretera de La Palma” in Barallobre’s parish, there is the Monumento ao Camiñante Descoñecido” (Unknown Traveller), one of the most important symbolic elements of the town council. It is composed of a small temple surrounded with a several benches in which are written the names of the distinguished people from the Galician culture; besides it has an outdoors library. It was inaugurated in the year 1934 close to Barallobre’s railway station and re-inaugurated in its present location in 1984. In this parish it is also possible to enjoy the park “Educación Vial” (Road Education).

Another symbolic element of very recent creation was the Monument to the Clown, work of Xosé Pérez Porto, which was made from the contributions of the people. It was made in order to defend the image of this profession, leaving a reminder to the tenderness and laughter in the town council. This monument is in “El Parque Castelao” (The Park Castelao) in Fene, which gives a great area for playing to the children and inhabitants of the town council and its visitors, as El “Parque Lineal del Río Cádavo” (The Lineal Park of the river Cádavo) with “El Monumento al 25 de Julio” (The Monument to 25th July); “El Paseo Marítimo de San Valentín” (The promenade in San Valentín), with “El Monumento a la Memoria” (Monument to The Memory); “El Paseo Marítimo Bieito Cupeiro” (The promenade Bieito Cupeiro) and many other parks and squares throughout the whole of Fene’s town council. Near “El Parque Castelao” (Park Castelao), in “La Avenida Naturales” (The Avenue Naturales) of Fene, there is an area of terraces and cafes with a lively atmosphere.

Other interesting places in the town council are the buildings related to the Indian architectures which are the result of the return to these lands of emigrants at the end of the 19th century and beginning of 20th, examples of this are: the schools “Concepción Arenal” (Fene), “Fillos de Limodre” (Limodre) and “Curros Enríquez” (Maniños); several cinemas and ballrooms like “Cardoeiro” in Maniños, the cinema “Adriano” in Barallobre, besides private residences such as “La Casa de Antonio Porto” (Antonio Porto’s house) in Perlío; “La Casa de la Maleta” (The house of the suitcase) in Barallobre; “La Casa de Manuel Martínez” (Manuel Martínez’s house) in Barallobre and “La Casa Garabana” (The house Garabana) in Limodre.

In the town council there remains a heraldic shield belonging to the important family of “Los Andrade” which is currently in the high school of “Formación Profesional” of Barallobre and other constructions of popular Galician architecture like the small barns and several mills. Samples of them are the 53 work simultaneously in the town council since the middle of the 18th century to supply the town of Ferrol.  A good example is the recently restored “Muiño do Redonde” (Mill of the Round) in Magalofes.

In addition, in Fene two very singular buildings can be admired; the first one is “La Antigua Casa del Ayuntamiento” (The Old Town Hall) which is used as the courtrooms nowadays, that belongs to the Regionalist style. Also, the current Town Hall “Casa del Ayuntamiento”, which is a modern building which was constructed in 1980 by Alberto Campos Baeza, is a rationalist style and forms along with the square that is next to it and where are held many of the musical concerts that take place in Fene.

The culture is very present in the town council all year round, since there are many and very different activities taking places: conferences, concerts, exhibitions... 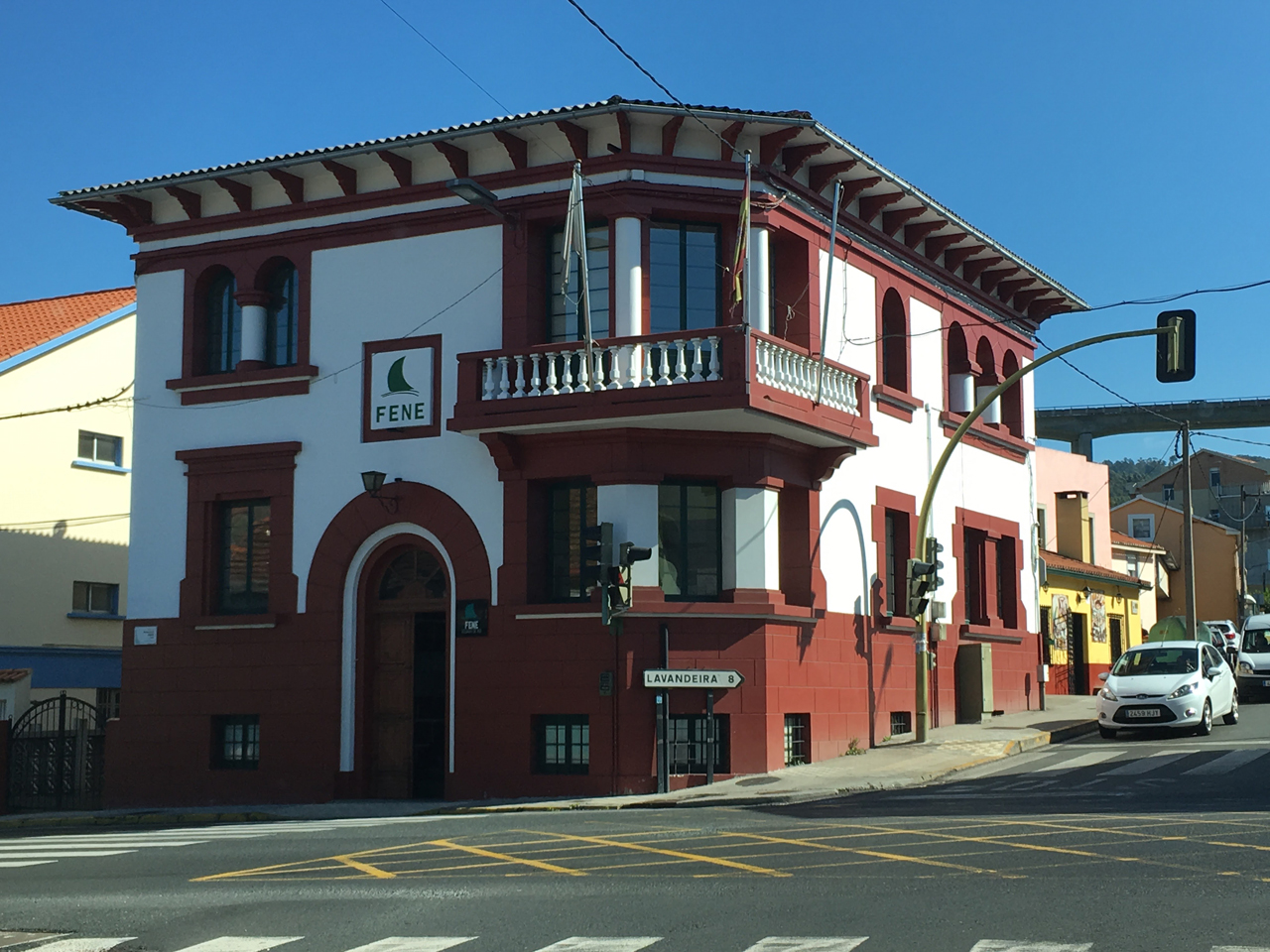 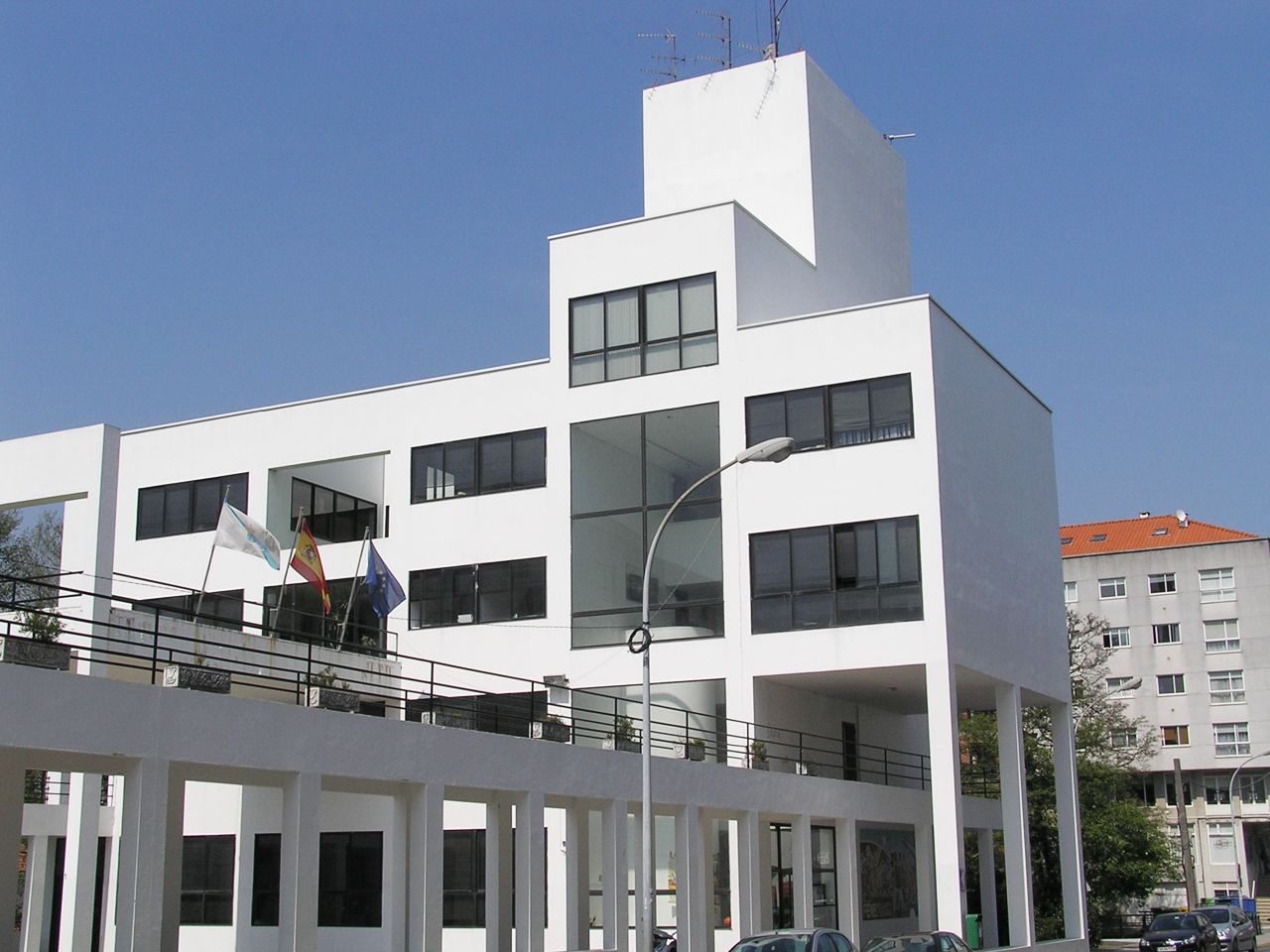 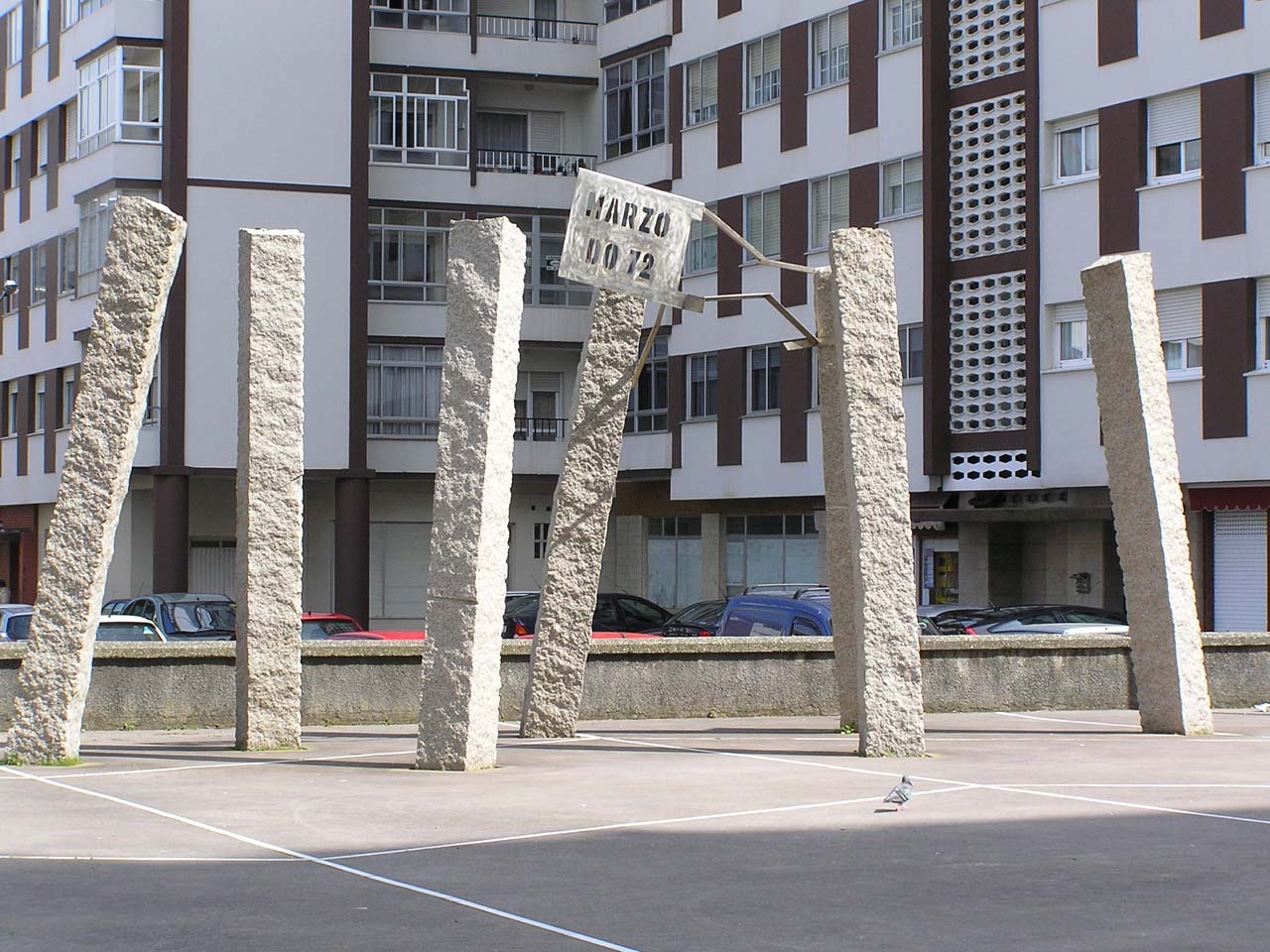 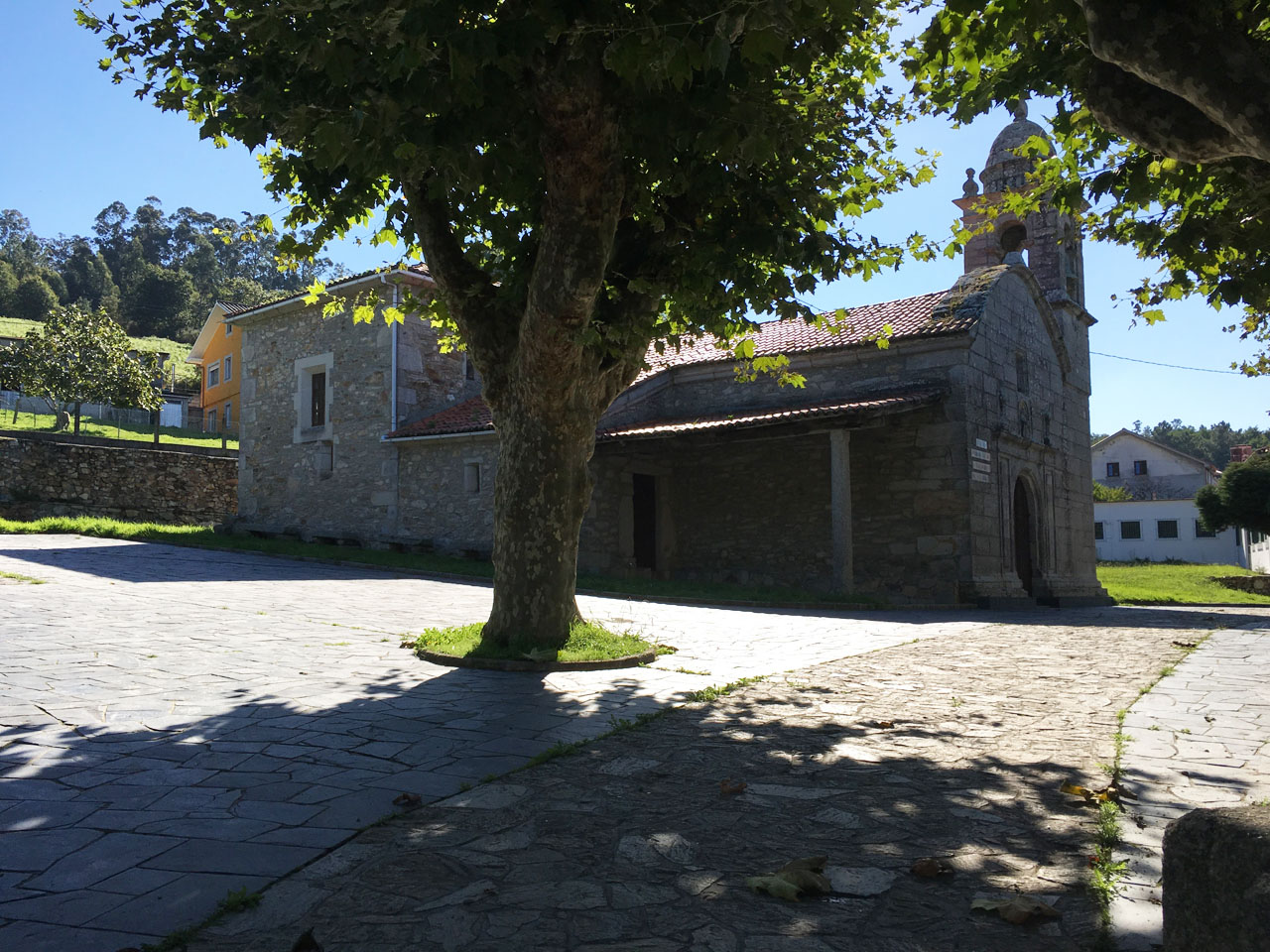 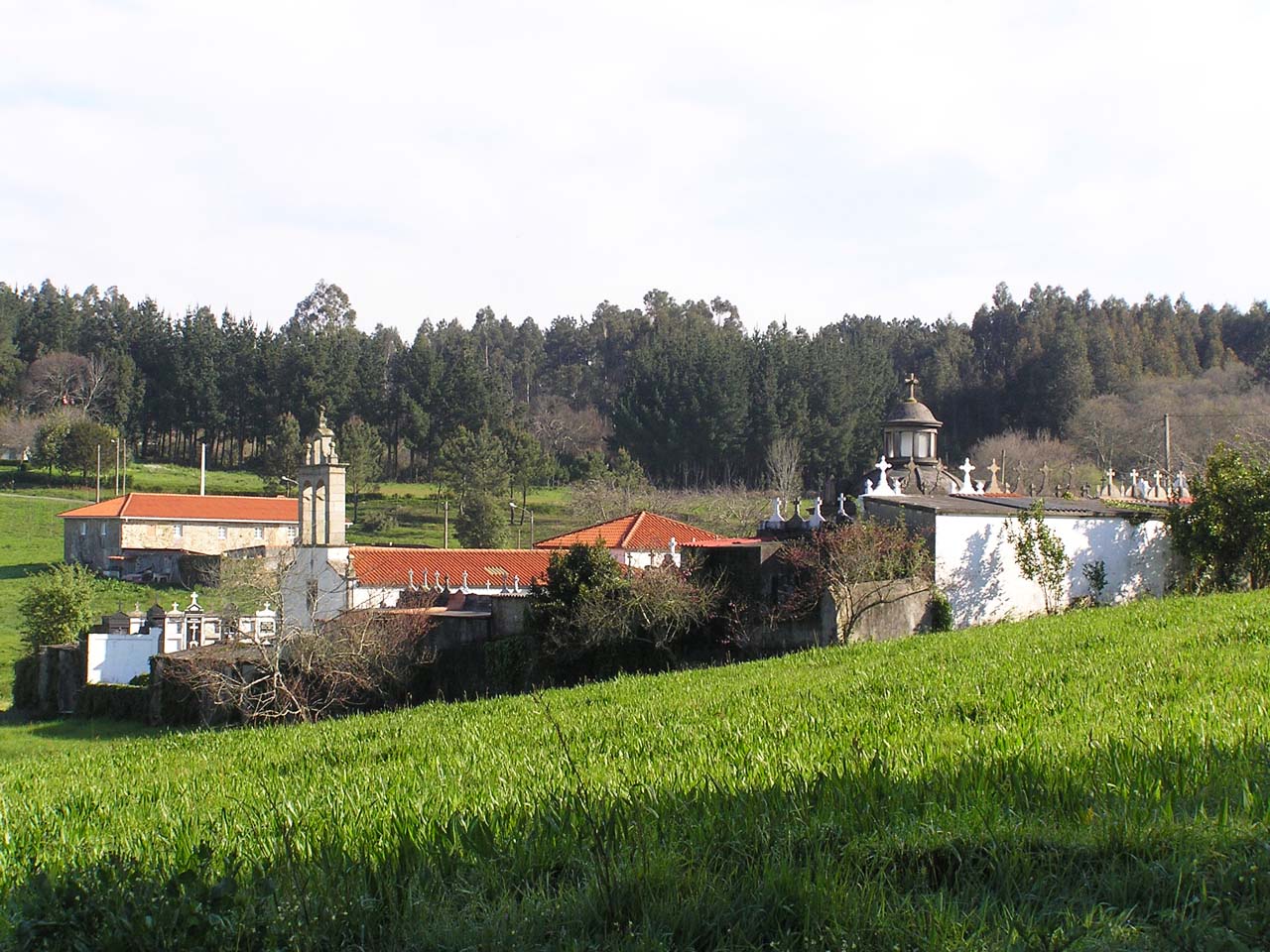 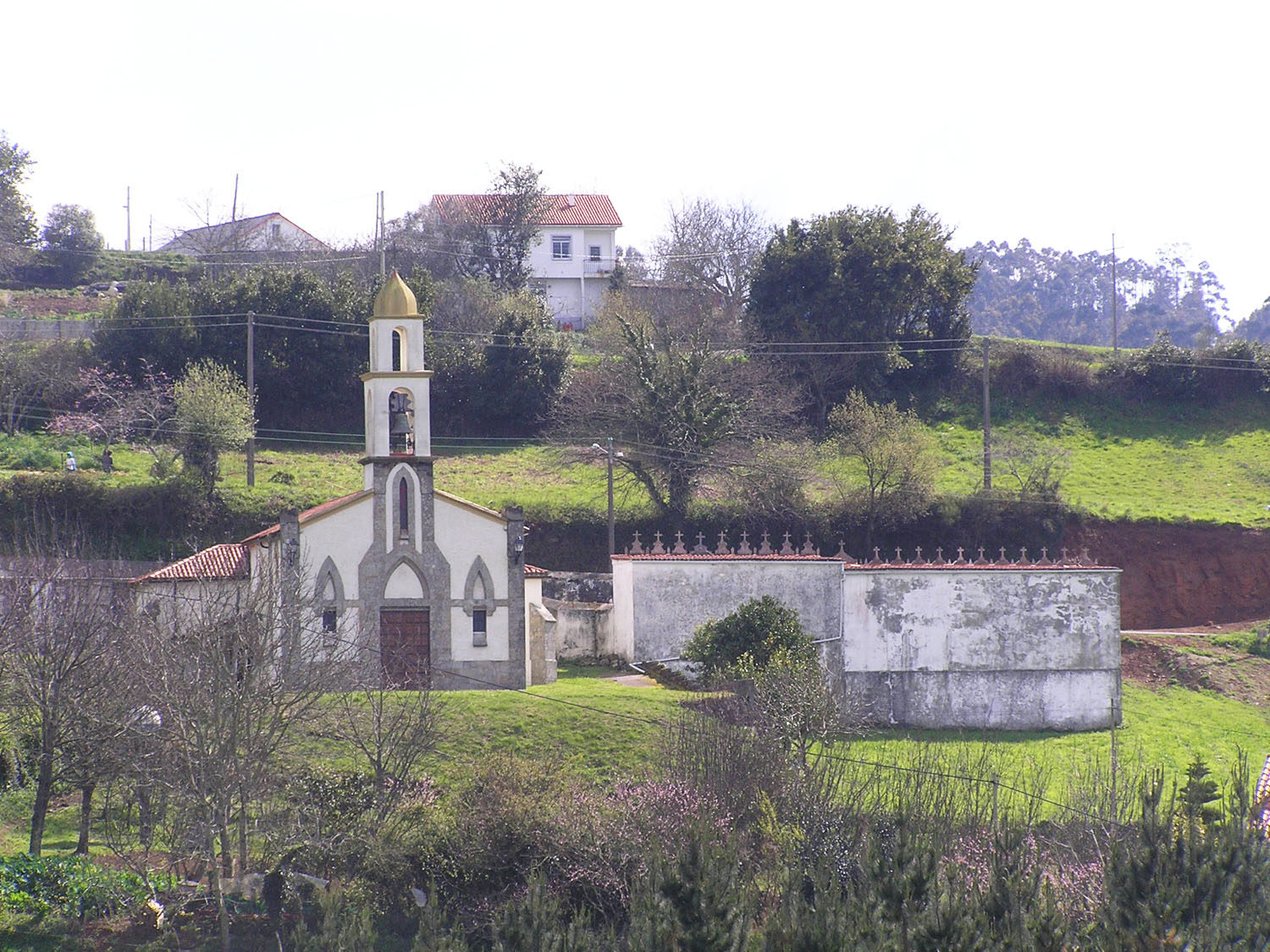 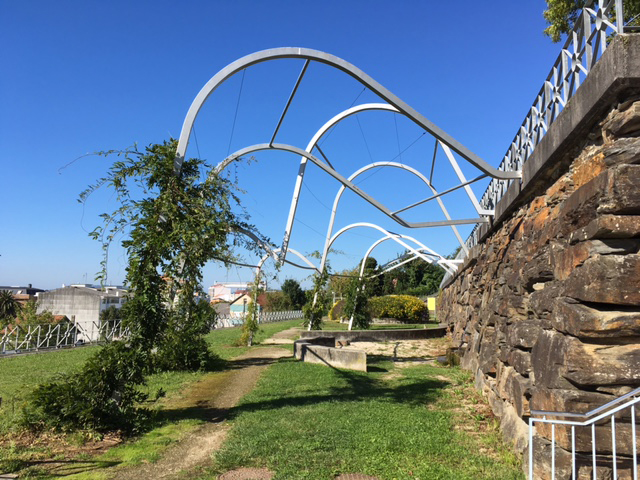 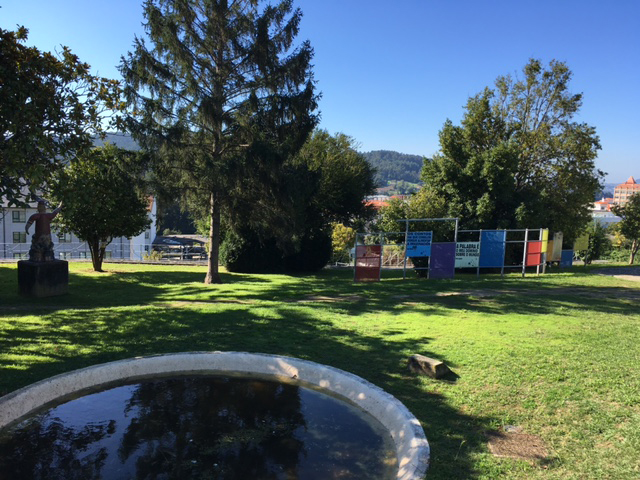 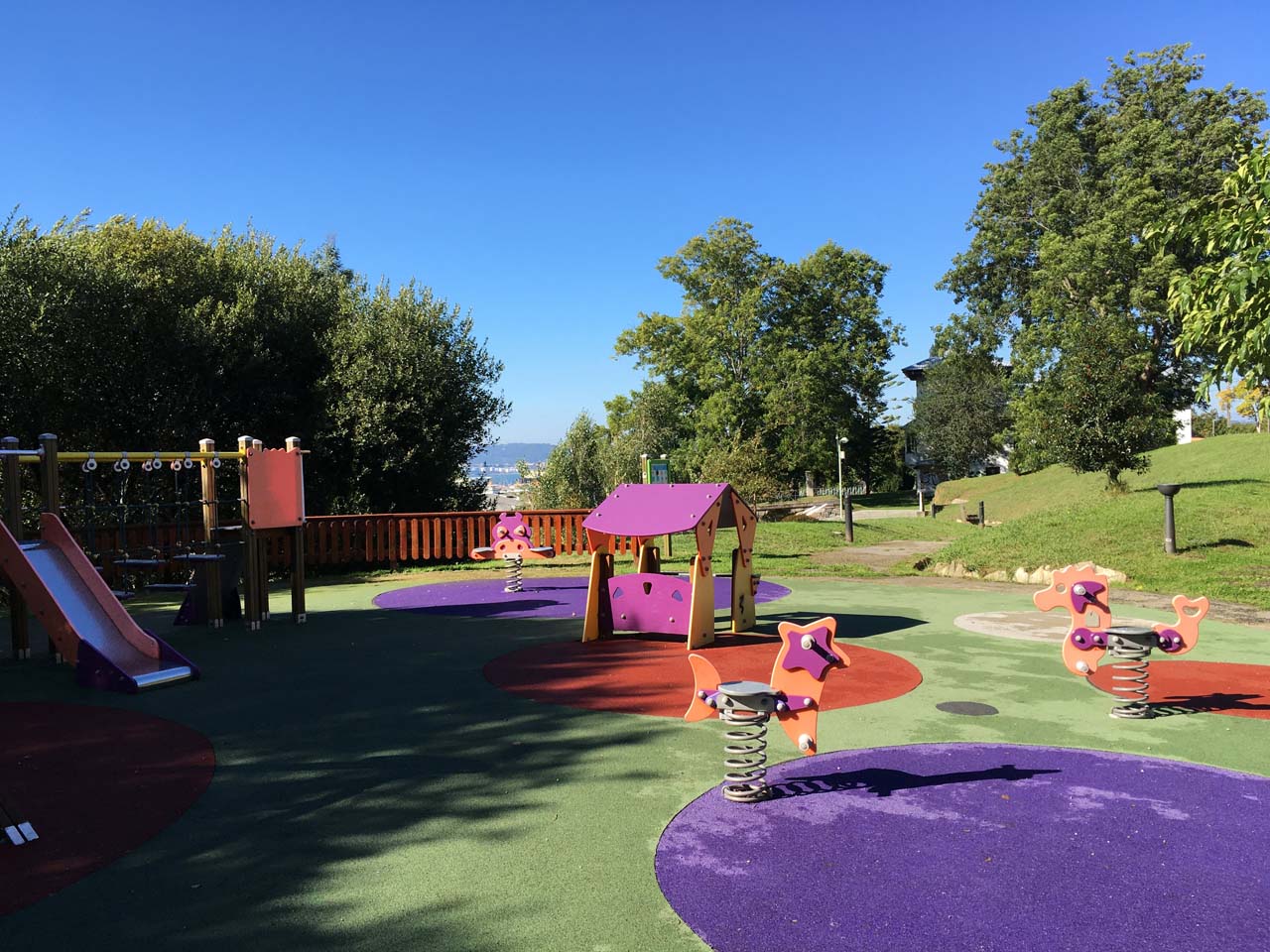 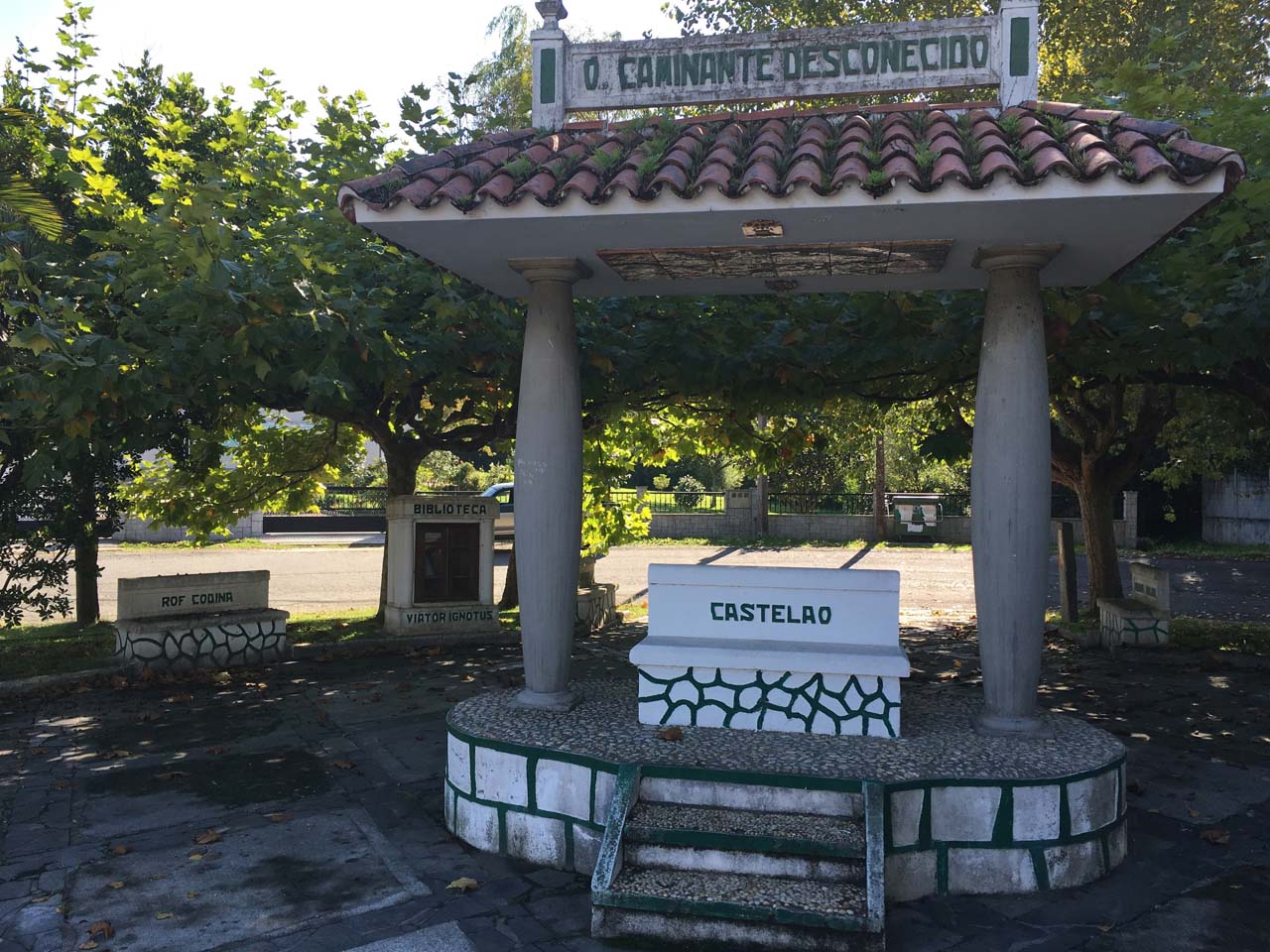 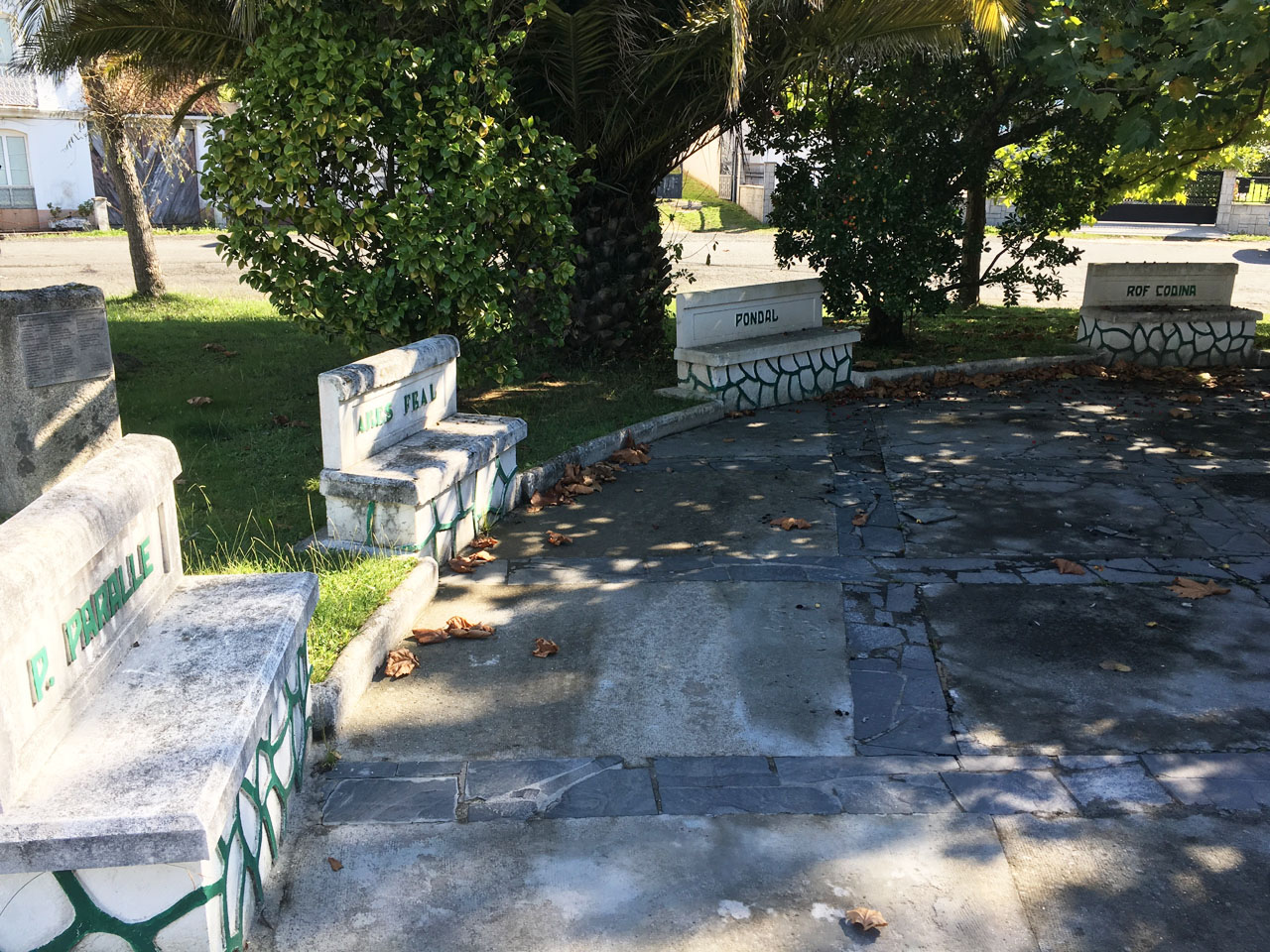 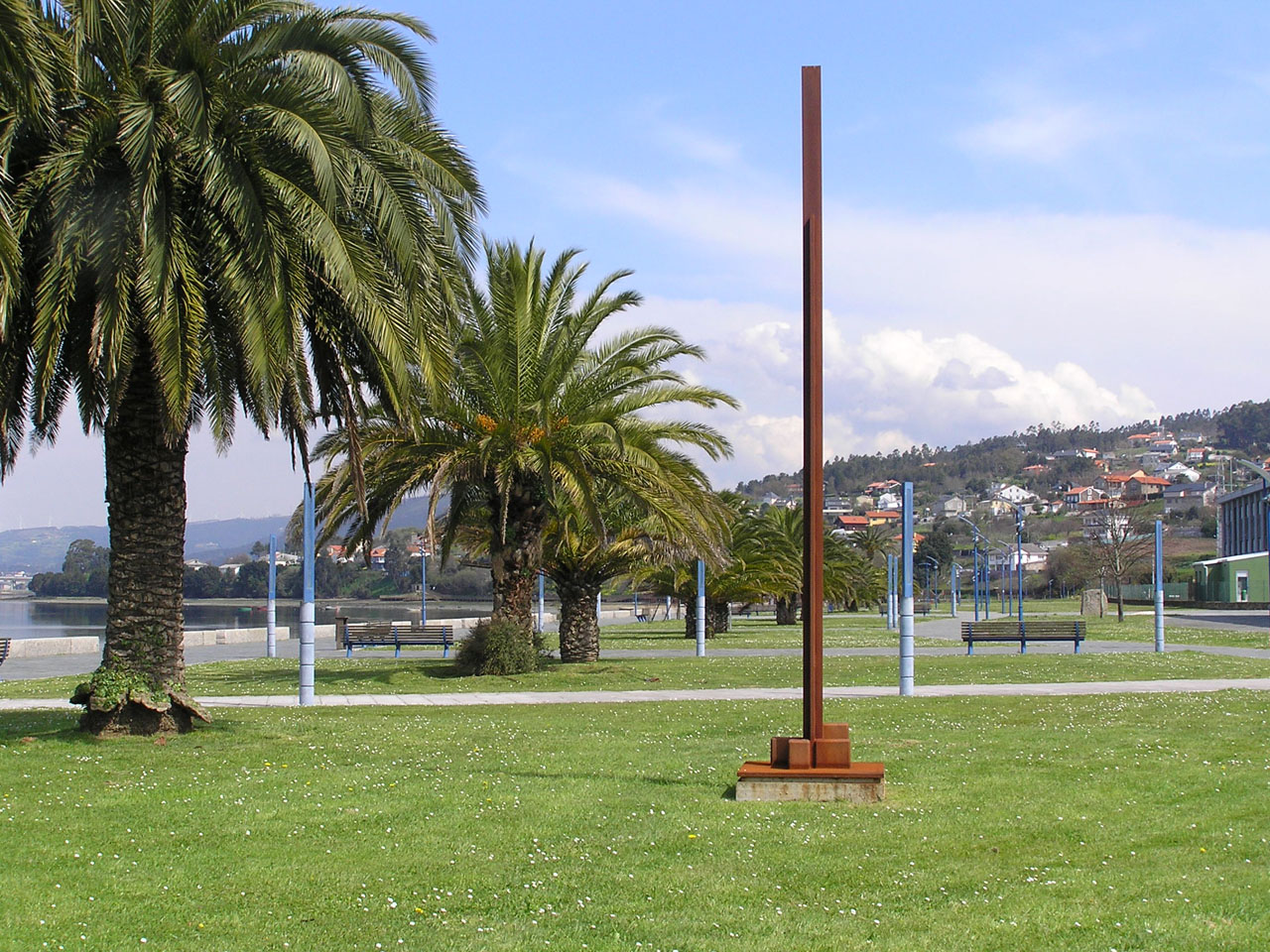 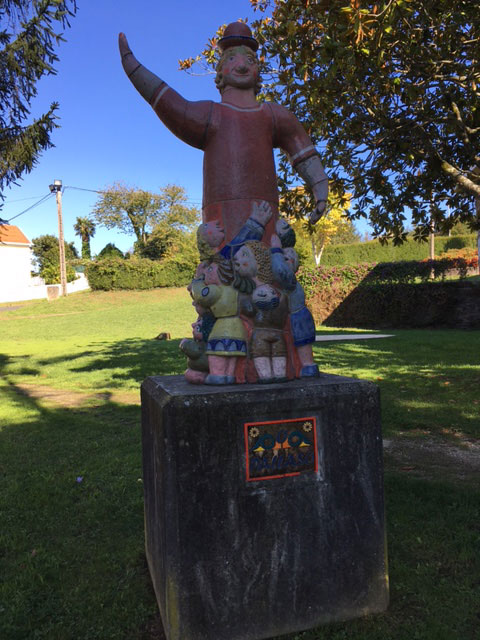